These are some of the surviving remains of the Nettlebridge branch of "The Canal the Never Was", the Dorset and Somerset Canal. Started in 1796, it was never completed and many of its engineering features have been shrouded in mystery and were believed lost forever. With the formation of the Dorset and Somerset Canal Study Group in 1995, the scattered pieces of information have been gradually brought together and a clearer picture is emerging of how the canal was intended to have been built. This research was not helped by the fact that the Company Records have disappeared without trace.

Of particular interest was the involvement of James Fussell (1748 - 1832), a shareholder in the canal and an ironmaster who had established an edge-tool works at Mells, near Frome, not far from the line of the canal. He had a number of patents to his name and one, No.2284, was worthy of special attention: it was for a "Balance Lock for Raising and Lowering Boats, &c.; applicable to other purposes". No wonder those lock chambers looked a little strange, they were not intended for ordinary locks but for something quite revolutionary. 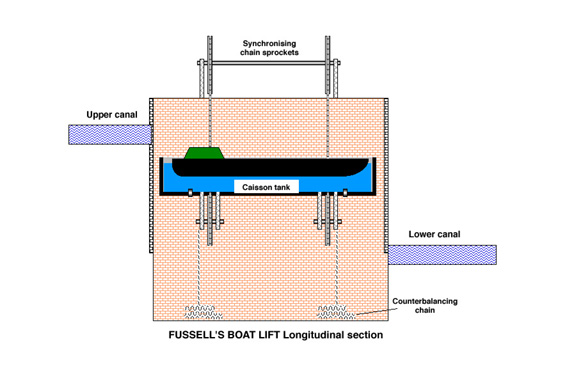 Fussell's Balance Lock was a 2-tank boat lift which pre-dated Anderton by a very long way and was the very first of that kind in the world. Fussell was a specialist chain designer and he hit upon the idea of using his newly invented sprocketed chain to synchronise the movement of the two ends of the long tanks of water. Without this invention to hold them level, the tanks would have been unstable and the water would have sloshed to one end and capsised them. 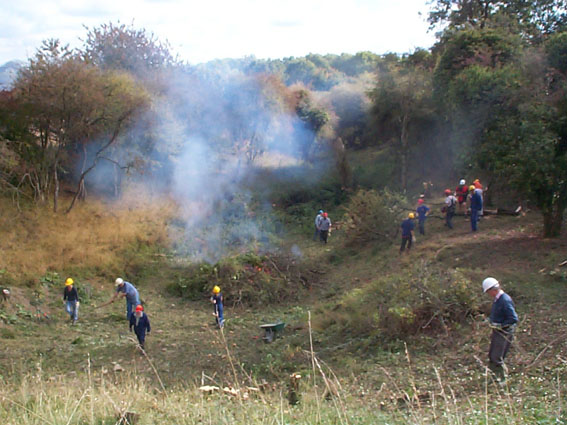 Clearing the Site by Hand in Preparation for Excavation

At this stage it was decided to analyse the results and sort through the evidence which had been found, before contemplating further excavation. The excavation of the second chamber was undertaken the following year and revealed a similar structure and an even greater quantity of artefacts. 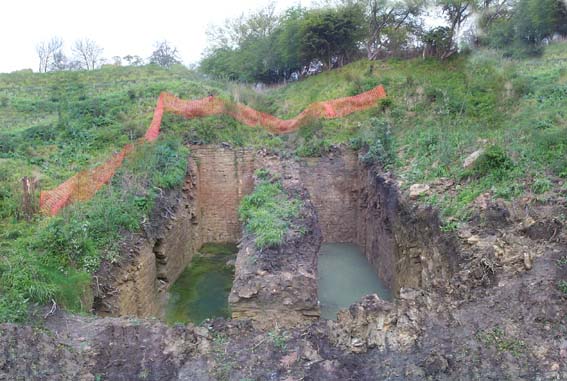 Although the structure appears quite robust and has shown no signs of serious movement yet, it would be a shame if winter frosts were allowed to wreak havoc with the newly-revealed stonework. In the long term, it seems likely that the only practical way to preserve the structure will be to fill it in and give the archæologists of 100 years hence the same thrill we experienced, when it is their turn to discover it again.